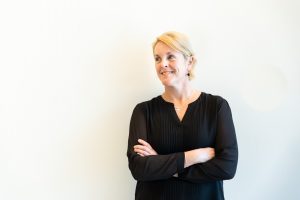 Dayle is the Chief Data Officer at AGL Energy. Previous roles include Divisional CIO at NAB, leading a team of over 2000 people, and as a Consultant working all over the world to help businesses transform through adoption of new technologies. Dayle is also the Chair of the Board at Robogals Global, an international not-for-profit volunteer organisation aiming to engage young women in STEM education and careers.  She is an Ambassador for Girl Geek Academy, a global movement encouraging women to learn technology, create startups and build more of the internet. In 2018 guest lectured at Cambridge University, UK for The Queen’s Young Leaders Programme on the subject of building sustainable and scalable businesses.

Dayle was named in the CIO50 list as one of Australia’s top CIOs, won the Australian Computer Society Digital Disruptor Award (twice), was a finalist in the Telstra Business Women’s Awards (twice), in 2018 was named as one of the Australian Financial Review’s 100 Women of Influence, and earlier this year was named the Alumnus of the Year by Federation University.  In 2018 Dayle was invited to Buckingham Palace to meet HM The Queen in recognition of her work in supporting and inspiring young leaders from across the Commonwealth

Search the VDIT site
Our Partners